“Great things are done by a series of small things brought together.” ~ Vincent Van Gogh

A hiatus ended this year for Northern Utah County artist, Barbara Lyman, her paintings once again gracing shows and galleries statewide. And some of the work she produced since her interim is a boon to Peteetneet visitors. Lyman's collection of trees, painted in faintly wistful hues and layered contours, is on display in the cultural center's main-floor Art Gallery through the end of February.

With an eye for the extraordinary, much of Lyman's previous artwork was composed of layers in dreamlike vision, brought together through a mixed-medium technique. It is a style that Lyman has individualized by incorporating antiquated pictures, the middle ages among her favorite epochs, she feels compelled to expand upon. Lyman said she finds some inspiration in her art books. Images that draw her in are then incorporated in collage-style in such paintings as “Persephone” the mythological goddess among them.  It hangs in the art room inside her American Fork home, its frame custom cut and made by her husband.

Lyman's more intricate, ornate paintings were created for her final show as senior at Brigham Young University, which, notes Lyman, was an exhaustive feat. She graduated with a Bachelor of Fine Arts in 2004, and then stepped back from painting for a spell. Stepping back to engage in her passion, she scaled down her technique to complete the tree collection that is now on display at the Peteetneet.  But the aesthetics are no less pleasing. Her painting, “Firestorm,” is a compilation of layers, colors painstakingly chosen to create the artist's vision.  This painting, along with "August," is among favorites she included in the Peteetneet show.

Engaged in what she loves, Lyman paints on wood panels rather than canvass, a practice she picked up while a student at BYU. She prefers also to paint using multidimensional objects as models. “I try to paint from life,” she explained. “I rarely use photos.” Flowers, a common theme in her work, are arranged on vases she keeps in her studio. They allow for a multifaceted view of the objects. Though not exclusively so, she paints them in bright yellow hues using with thick strokes of the brush. Among artists by whom she is most influenced is Vincent Van Gogh. His influence is recognizable in the thick texture and vibrant yellow sunflowers used, albeit not exclusively, as subjects in her work.

“I've always known that I wanted to be an artist,” she said, “ever since preschool.” Her father, she said, had convinced her to pursue a career in a field deemed more practical, she added. Following his advice, she took up work as a secretary, helping her husband through school during the early years in their marriage. But she had not given up completely on art. “I went into finance and asked, 'What am I doing here?'” Her deep talent and the passing of time would enable her to pursue her passion.

Lyman's work will remain on display in the Peteetneet Art Gallery through the end of February. Visitors are also welcome into the Peteetneet, located at 10 South 600 East, Payson, during the museum's regular hours, Monday-Friday, from 10 AM – 4 PM. Additional after-hour tours may be made by calling 801-465-5265 or 801-465-9427.

"What we have once enjoyed we can never lose.  All that we love deeply becomes a part of us.” ~ Helen Keller Renata Pace Webber Novembe... 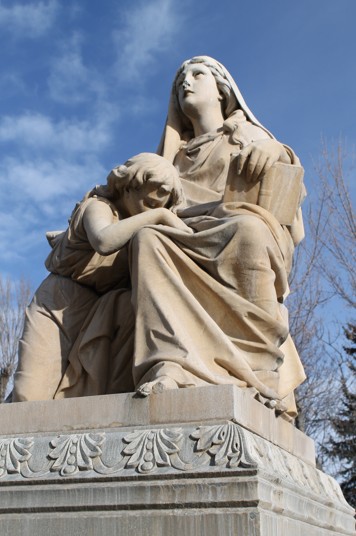 The Payson Chronicle
Payson, Utah, United States
The Payson Chronicle is a weekly newspaper that has been in circulation since 1888. Today we cover the news in communities throughout Southern Utah County. For article submissions or advertising rates, please contact Michael D. Olson, Editor/Publisher, at thepaysonchronicle@msn.com or 801-465-9221.

Serving the Payson area for over a century.

Have The Payson Chronicle mailed to your home or business